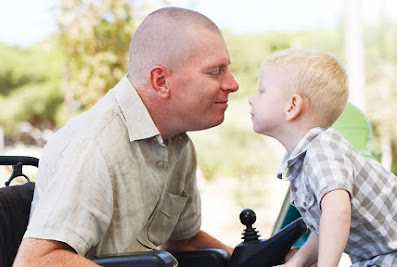 Our firm was founded by brothers David and Harry Herman in . David and Harry were born at the turn of the twentieth century to immigrant parents in the Irish Channel of New Orleans. Their personal injury practice quickly took on the tough and gritty characteristics of their immigrant upbringing. For over years, under the leadership of three generations of Hermans, our firm has represented families devastated by personal injury caused by the negligence of others.Herman Herman & Katz, LLC is Personal injury attorney in New Orleans, Louisiana. You can find contact details, reviews, address here. Herman Herman & Katz, LLC is located at . They are 4.7 rated Personal injury attorney in New Orleans, Louisiana with 25 reviews.

Brian Katz handled my daughters counter suit for a car accident and we couldnt have been happier. I appreciated his thoroughness, honesty, candor. Most importantly though, Brian was keenly aware of how upsetting the entire episode was to More

I had to help select a firm to represent my stepfather after his offshore injury. I was impressed with the response time and also how personable Jed and his partner were. They truly seemed to care how things were handled. They sent a flower More

Maury Herman was my attorney along with his partner Jed Cain.Both are gifted attorneys and leave no stone unturned. Their support staffis exceptional in every way possible. When one is involved in a lawsuit, More

These guys talk to you like your a person and truly care about helping you.

Herman Herman Katz is one of the best Law Firms in the NOLA area. Our case was handled with the highest level of professionalism and loyalty. We were treated like family. They went above and beyond for our case and we are truly grateful for the results.

Jed and his staff were very understanding. They listened to my familys concerns, kept us informed, and did whatever they could to help us out. He wasnt just a lawyer, he treated us like a friend. Everyone of the staff that I had the More

Herman Herman Katz Is one of the best law firms in the city. The staff is professional And very helpful. I will always trust this law firm to handle all my needs.

This is the absolute worst office I could have ever reached out to. Not only were they not helpful but the service I received from one of their paralegals, Bambi Christensen was completely insulting and unprofessional to say the least. More

Amazing staff and my attorney is amazing I was in a at no fault car accident. And Ms. Kott took care of everything thing for me and her staff. I highly recommend them for any unlikely event that you get into a fender bender at no fault of yours.

Are you looking for a New Orleans LA Auto Accident Lawyer? We made it easier to get quote from best auto accident lawyers near you. Get personalised quotes from best attorneys.